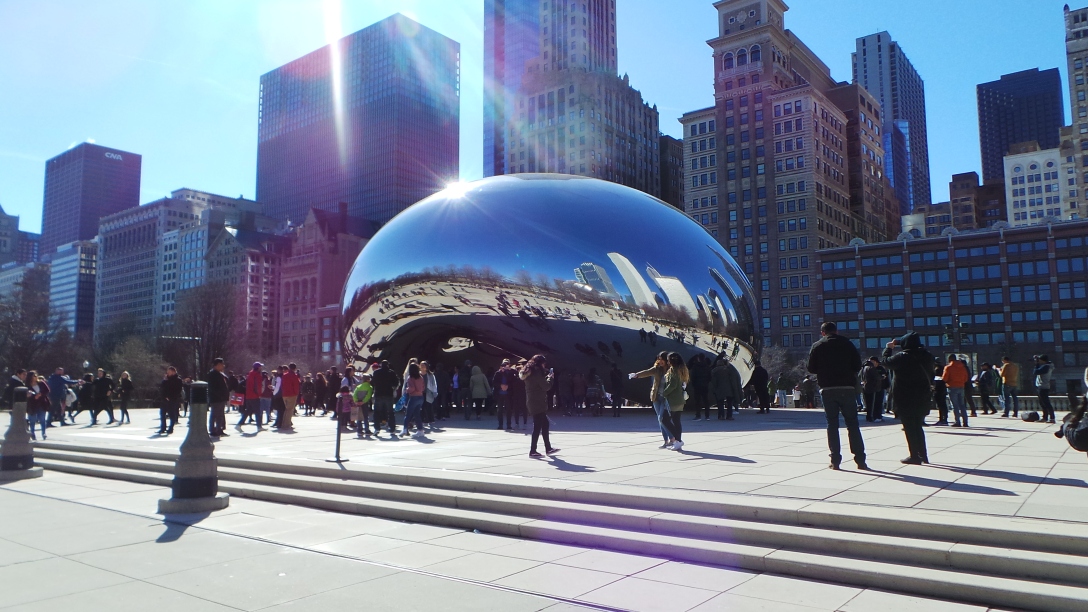 Hello One & All, it has been over two months but I am back !

Spring break decided to make a wonderful appearance which meant that I hopped on the plane to spend some time in Chicago. Why Chicago I hear you ask.. my response: Why not !

I had an absolutely incredible time and before I get carried away with outlining what I did whilst I was there, I just want to say: please add it to your list of places to visit. Thanks.

I started the day off with a grilled chicken burrito from a place called Spanglish (a place I ended up going to like.. 2 more times during my time in Chicago – creature of habit to say the least). After consuming half of the burrito I had to admit defeat and ask for the rest to take out. I left wondering if my stomach would ever be ready to meet American portion sizes during the trip (the answer was no..): 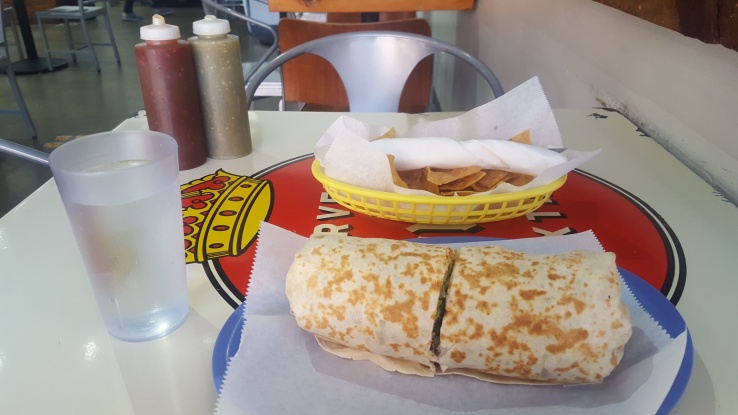 After breakfast I headed to the local library for a workshop. An artist based in Chicago (Elaine Luther)  decided to do a workshop to teach people the principles of t-shirt design through hands on practice. We started the workshop with Elaine showing us some pictures of t-shirts other people had made in other sessions, such as this one:

Then it was our turn to start brainstorming and sketching ideas for our shirts. The idea was that we made a shirt based on something that we felt passionate about. The ideas I noted down were: Speech, Power, Silence and Gender. This led to the thought that in society, certain voices are heard and some aren’t and often gender plays a huge role in that. Then it came to the question of “When will men and women be equal?”. Those that know me are aware that I am no artist so the key was to get my idea across in the simplest way possible (both simple to draw and simple to read/understand). This was the sketching process:

So I had decided on the recognised symbol of a male and female on either side of an equals sign with a question mark below it. The paper I sketched on was called contact paper, it was sticky on one side like the sticky back plastic used to cover school books. Once I finished sketching, I outlined it with a sharpie then used a craft knife to cut out the shapes.

Next I had to choose the ink, I chose black to keep it simple but as I write this.. it has dawned on me that someone could read into it and think “it’s not a black and white issue”.. (I didn’t think of that at the time but let’s imagine my subconscious did).

As you will see in the following picture, there is another shirt that I tried to make using the cut outs from the first shirt.. but the equals sign got ruined in the inking process: 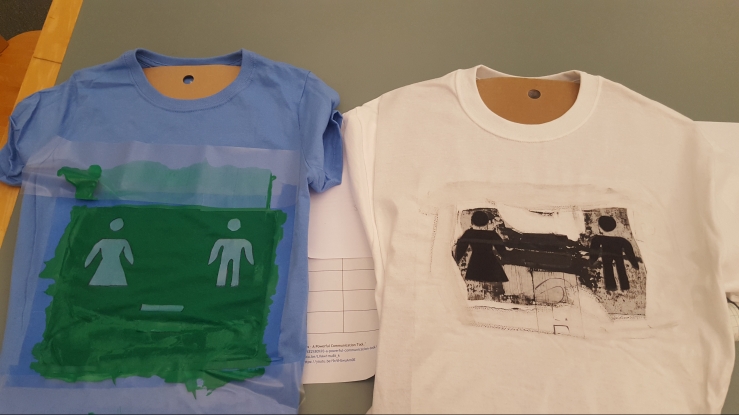 The next half an hour.. to hour was spent using a hair dryer to speed up the drying process.. I think I was getting more hot and flustered than the shirts to be honest !

Anywhoo.. here is what it looked like at the end: 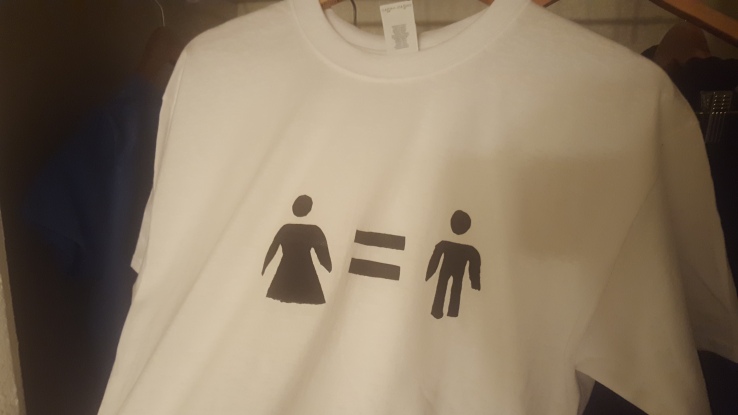 Not bad for a first attempt !

Before arriving in Chicago, I found out that they had a service called “Chicago Greeter” which is provided by the Chicago Office of Tourism. In short, it allows residents of Chicago to volunteer as “Greeters” and offer tours to those visiting the city. It allows visitors to get a taste of Chicago through the greeters eyes, you do also have the option of specifying your interests to give the greeter an idea of what you may enjoy seeing/doing.

My greeter was called Mary and the first thing we did was head to the Chicago Cultural Center which became my absolute favourite place throughout the trip.. I proceeded to visit the Preston Bradley Hall (upstairs in the cultural center) two more times, the Tiffany dome and the hall itself were just soo beautiful : 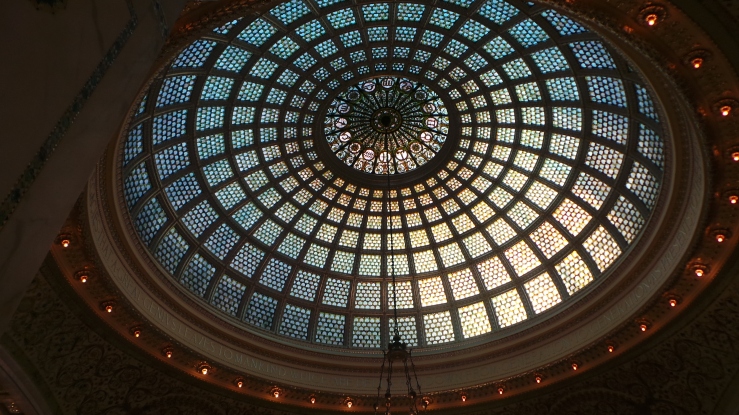 (I genuinely only managed to take pictures of the dome during the first visit because I was too busy repeating “Wow, I have no words”).

Around the bottom section of the dome, there is the following quote: ” Books are the legacies that a great genius leaves to mankind which are delivered down from generation to generation as presents to the posterity of those who are yet born.” -Joseph Addison.

Then we went to Millennium park..

There are two of these 50-foot glass towers that project images of a broad social spectrum of Chicagoans. In summer, water spouts from an outlet in the fountains that gives the impression that water is spouting from their mouths (a play on the traditional use of gargoyles).

We also went to the top of the Chicago Athletic Association Hotel which offered a great view of the park, the lake and the museums in the distance: 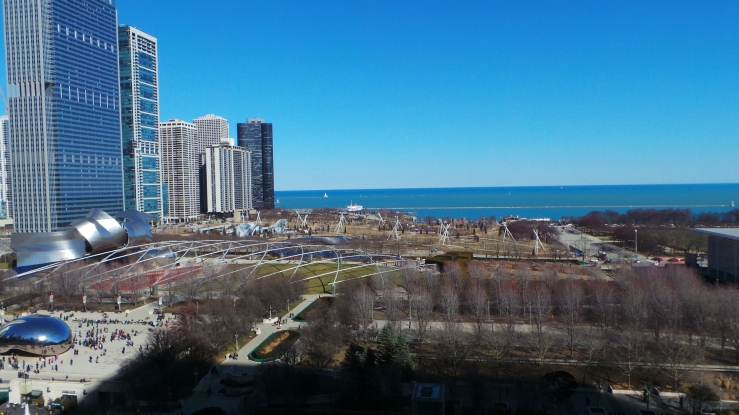 We then wandered around for a bit and then headed to get a Chicago-style hot dog .. with everything on it. It’s safe to say I have never in my life seen a hot dog with soo many elements to it and my taste buds were also quite confused. Having said that, it was pretty good:

I decided that I needed to go back to the Cultural Center, I was not over the Tiffany dome yet. Before heading to see the dome again, I thought it best to check out the exhibitions that were on in the center because I knew that once I headed upstairs to the hall, that would be it.

Due to the proliferation of the selfie culture, Dean pondered a few questions:

How has this changed us as a society?

Are we portraying our true self or is this just a public facade?

He was also interested in the role of Narcissism vs Sharing. 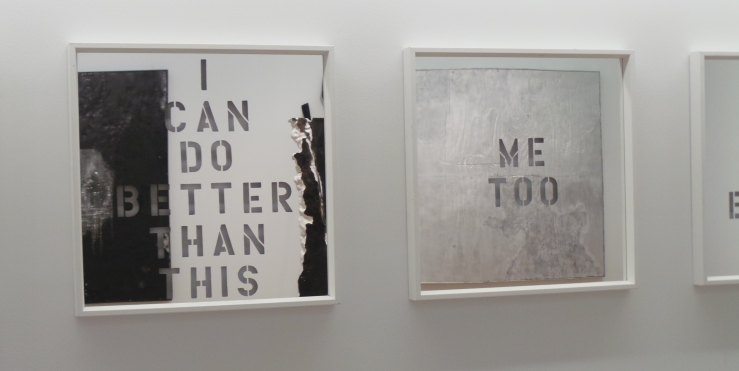 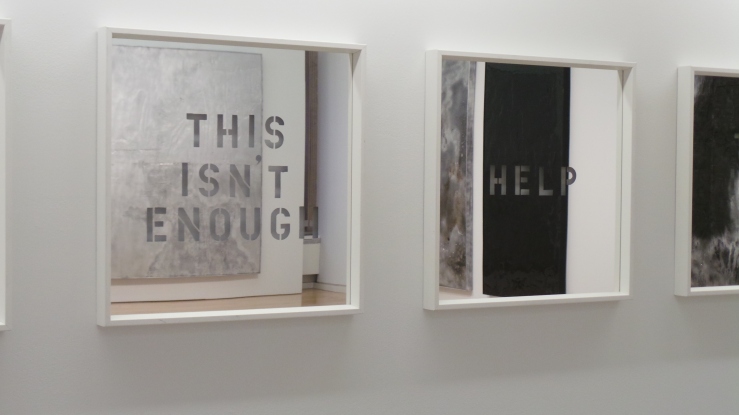 This interactive installation was inspired by the selfie culture and the song “You can’t hide from yourself” by Teddy Pendergrass. The viewer is supposed to take a picture in the one that resonantes with them the most at that given moment then upload it to Instagram as a means of creating a new piece of artwork that also brings together a community of people from different backgrounds that have found themselves identifying with the same ideal in their own way.

Just outside the exhbition space, there was a recording of an interview featuring the artist talking about how her work has changed over time and how she has found new ways of illustrating things such as people. For example, through using shapes, Abney found that she could communicate the idea of a human being without having to draw the entire body. Abney’s pieces varied in subject matter, some touching on the relationship between black people and the authority in America whilst others challenged the idea of gender and relationships:

On the way to the Preston Bradley Hall, I stumbled upon the Grand Army of the Republic Rotunda and Hall which to my surprise also had a dome !! 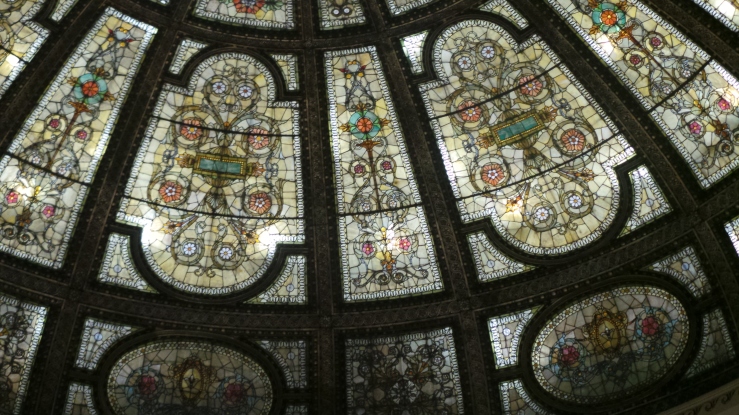 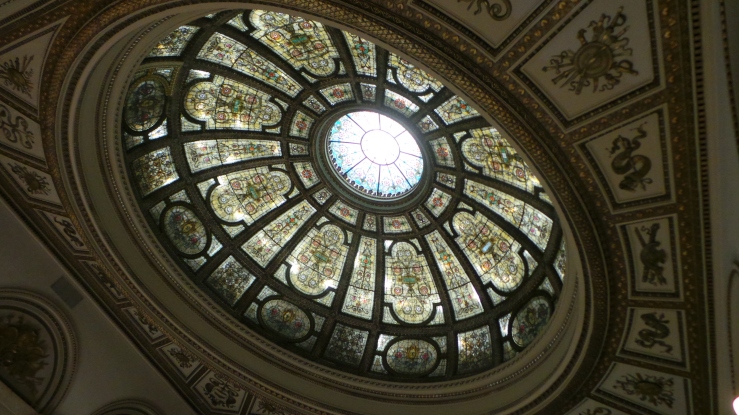 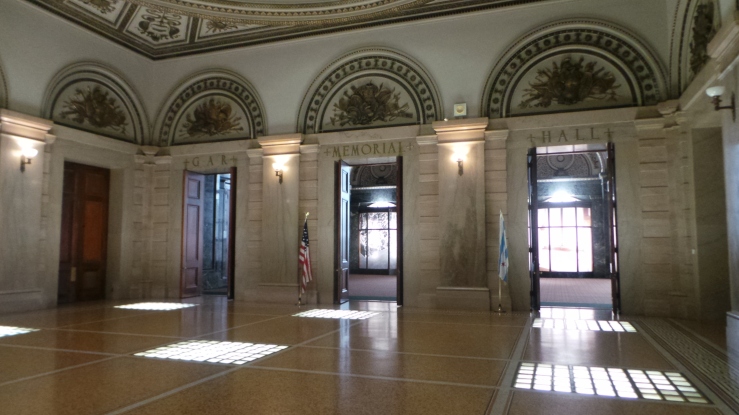 I just can’t get over how much character every corner of the building has.

Then I was off to see the Tiffany dome.. again ! Whilst all the other tourists were doing.. tourist things, I sat in this hall for a good while relaxing, reflecting and just taking in the beauty: 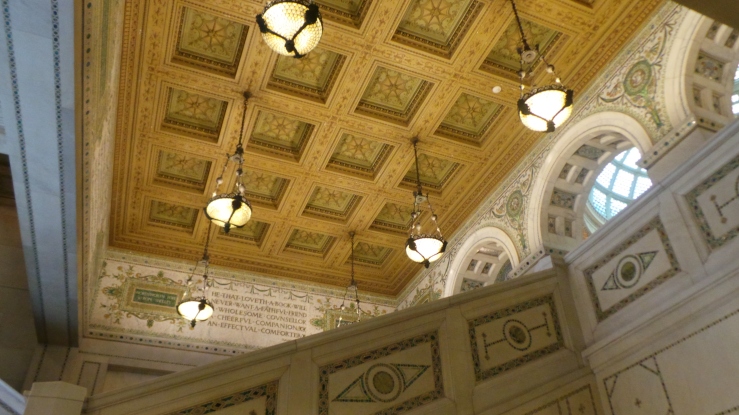 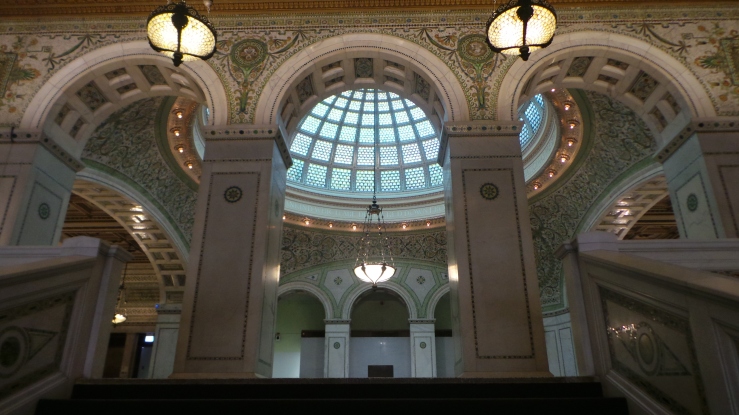 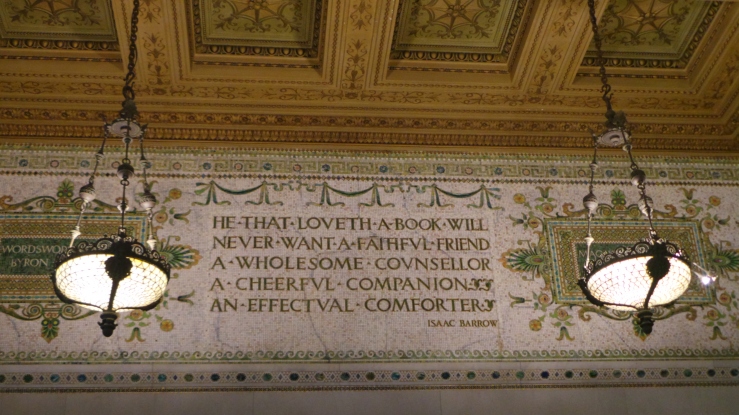 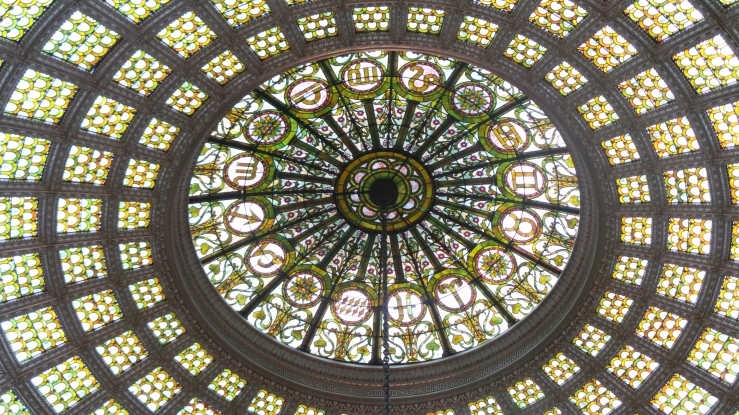 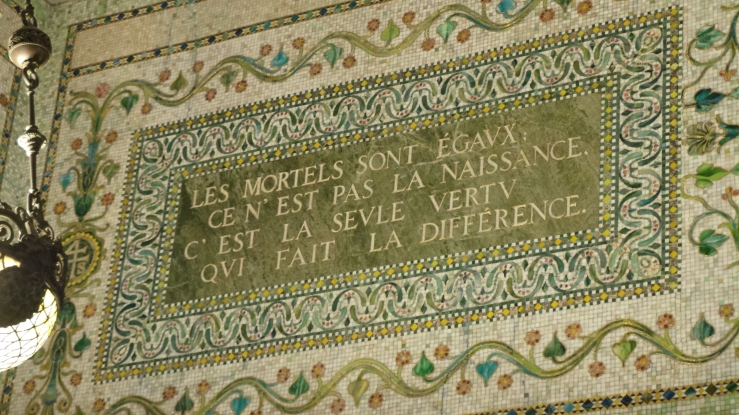 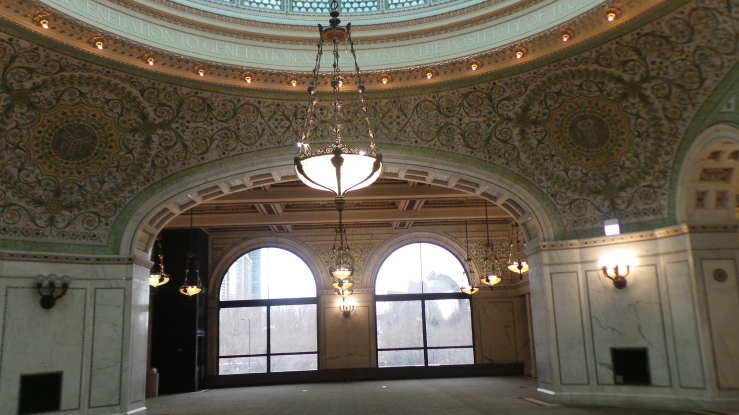 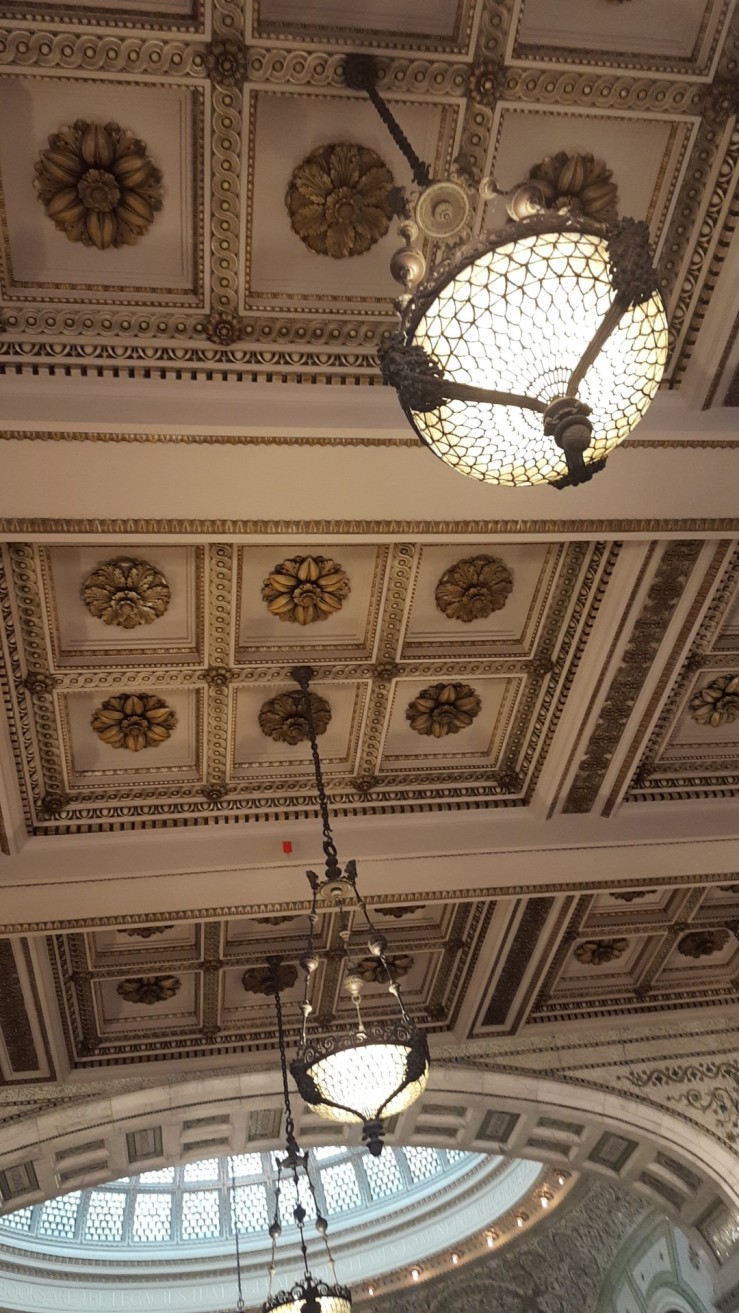 So.. you may be able to tell that I liked the hall? like.. just a tad.

Once I dragged myself away from the building, I headed to Godiva Chocolatier and bought some chocolate because.. Chocolate is life.

I proceeded to open these like 2 days later and yes I failed to take a picture to show you. I don’t know how many people think of taking pictures when they are tucking into truffles but I am not one of those people. Just know they were good (as if chocolate is ever bad).

View all posts by readysetquebec 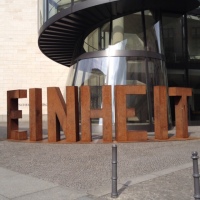 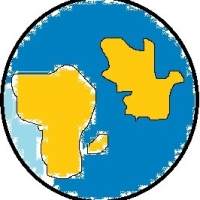 advice, tips and resources for your language learning

For lovers of French + diehard fans of all things québécois!

JUST A GIRL WITH A BLOG

Don't let one bad day stop you from reaching your goal!

All things language and travel